i use people for pleasure, i throw them away.

Are you hopelessly trying to recapture your faded memories? look no further, there's no way back.


happen to maw too many stones, considered the moon; lockjaw, a feast and it reckons more to come at no extra cost! gargle its words fervent as saliva told like word of dog.

Raise its fist to spike disruption cutting quarters into the air, the zone Beyond times surface. (see fig.1) 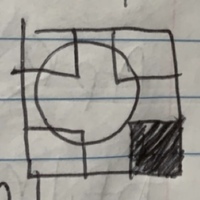 Know your cut, the numbers spend your odds, a price to no end.

there was no fault, the cost eternity, histroy will repeat itself. Relativity demonstrates your demise so solve the problem internal. On my petty position regular fish to a nose dive. Integrity talks through the starch like orange mask, but it sold so what's mine? Cold, knees deep in a fresh cut of fish guts. Fissure the final results seeping, constricts his golden conduct through higher power. Into the mist where the fog grows behind the vision, crack the mirror to spite the notion. Onto the doubt, the signs and symptoms. The vanish can not go out of the picture, hellish swallow to counter nueva; au contraire to show contrition. The face is orange.

in my sleep an angel tormented me through my memories until i agreed to make an idea for it. Focus your idea. it begins cold and distant, Born on a metal sheet, echoes repetition, loops and patterns. it finds breakthroughs, what an idea.

jump in! let it wash you away. Respect to those left standing.

tomorrow is no excuse

right, of course! for sure, why not let it in? Persists an idea so strong no eternity can Hold, seeps through to all cost. your Benefits orange inflation to the highest extent, no state to persist Orange Fragments dedicate A "bigger picture", but careful when there's no march! Orange Benefits to your neglect, the boredom inflicts hysteria. You are my greed eternal. Okay, but if it defines itself and it's kind of the similar one of course we reach to the idea where does the idea stay it's this situation of perception whole, but it's mass produced of course there's the idea and how it sits of this it's where you can Be seperate in a state no man will consider what this the idea it's so perpetual. Men of dominoes. no preference to the wits of doubt, strong willed shape the sight in view, sense the flat and disperse the echoes in the chamber. idealy what conglomerates will smooth out, we suffer better together.

"they're All rotting, HAHA", laugh about it. You grow exponentially alone, where else would you gain? This is what you asked for my love, it All leads BACK to you. you're welcome.

no folds it states objective seconds After Flood and maybe expose the artifact??? and don't fold it will

i'm from an ape

that's so #weird. where the rock leads full it's how there's no moss, but it's all wet. even march it's so final. so walk. turns out superstition it's formal to stand out from the idea mass morphing. Breed shit stains exponential sure. Remain the picture. Here it is, saturate yourself in the moment. rader, your mind let the stay into amplification. your waves? m etc.


what's the deal vrrrmmmmmmm Orange you see the prospect? indifference. ##############they disgust me. Infinity is a state eternal makes the march seem so stale. For every single wanderer comes a new chain of bleak misconception, patchwork ever talks. Strangle me into remission, All hail the bare bones which once bled true as yours to full scale, your pleasure fit a filler into sonar waves. amplified conductivity so sweet, might electrify your bitter orange.

that's the official- no


Okay, but there's A point where it all just--- no

Call it how it is. that sound, the Orange.

So you must be Orange.


it's an idea i guess. take it how you Must

don't get it twisted My Friend.